LANCE “is the smallest, lightest, high-energy laser of

its power class that Lockheed Martin has built to date…

a variety of potential applications and platforms are being

considered for potential demonstrations and tests.”

On Monday, July 11, 2022, it was publicly disclosed that the U.S. Air Force Research Laboratory (AFRL) received the Laser Advancements for Next-generation Compact Environments (LANCE) aircraft-mounted laser weapon this past February for testing and evaluation. This is a collaborative effort, combining a Lockheed Martin LANCE laser device inside a Boeing-produced pod and utilizing a Northrop Grumman beam director, all developed under a November 2017 contract for the Air Force’s broader, Self-protect, High-Energy, Laser Demonstrator (SHiELD) program.

The basic, Boeing pod design has already been flown aboard an F-15 Eagle jet fighter in 2019, and during ground tests that same year at White Sands Missile Range in New Mexico, the Demonstrator Laser Weapon System (DLWS) successfully shot down multiple air-launched missiles. In addition, Air Force fighter pilots have recently been flying simulated missions with podded airborne laser weapons in a virtual-reality battlefield environment. So, this advanced technology is now ready to move forward to the next phase, mounting and testing an actual LANCE weapon on a fighter aircraft.

However, SHiELD is not a widespread acquisition program for producing hundreds of these laser weapons for operational use. It’s actually a joint technology-demonstrator effort to work out any technical challenges or feasibility issues for mounting a high-energy laser device on an airborne platform, such as a jet fighter or AC-130J Ghostrider special operations aerial gunship, for which such weapons have been envisioned for future applications.

LANCE is “one-sixth the size” of a previous, 60 kW laser weapon that Lockheed Martin constructed for the U.S. Army and “represents the most-compact and capable, laser weapon technologies delivered to date.” It’s projected to have a power output of less than 100 kW and is planned for actual use on a fighter aircraft by 2025.

The SHiELD Turret Research in Aero Effects (STRAFE) beam-control system, which directs the laser onto the target, needs to coordinate sensor data on the current locations of both the firing platform and the target. Sophisticated software predicts exactly where the beam needs to aim and adjusts specially designed mirrors to focus the laser beam in precisely the correct direction. Then, the beam director continues making those calculations and adjustments multiple times per second.

Fortunately, Lockheed Martin has been employing this same type of beam-director technology since 2006 in their AAQ-33 Sniper Advanced Targeting Pod (ATP), which is already in use on multiple Air Force and Navy fighter aircraft as well as B-1B and B-52H bombers. The Sniper pod uses laser designators, not high-energy laser weapons, but the only difference is in the power level, not the high-precision aiming. So, the combat-proven technology and the algorithms are still directly applicable to maintaining laser lock on any given target on the ground or in the air. And, Lockheed has also established a $20-million directed-energy system integration laboratory in Orlando, Florida for testing lasers up to 150 kW by 2024.

Initially, LANCE will be tested on fighters for active defense in high-threat environments at reasonably short ranges based upon fiber laser technology, which uses an active-gain medium an optical fiber as opposed to a solid-state laser, which uses a glass or crystalline solid material. The next stage in the SHiELD program should see LANCE integrated with a thermal system to manage heating and cooling.

The LANCE laser could also become an offensive weapon, engaging hostile aircraft during within-visual-range air combat, defeating enemy cruise missiles, or attacking hostile targets on the ground. The technology could even be adapted for slower-moving combat aircraft.

Daniel Miller, a senior fellow at the Lockheed Skunk Works (Lockheed Martin’s Advanced Development Programs center), has stated that the system needs to “be able to neutralize a threat at the speed of a lightning strike, the precision of a surgical scalpel, with the magazine to be able to deal with a swarm, and with the scalable effect to be able to address that threat…from simply deterring it for a short period of time, all the way up to completely neutralizing and defeating that threat.” 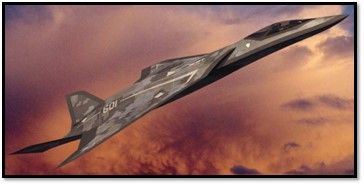 Lockheed Martin plans to arm its Next-Generation, Air Dominance (NGAD), or 6th-generation fighter (seen above) with an internal, laser weapon in addition to any guns and missles that are projected. The LANCE pod device will be employed on less-stealthy aircraft, such as the F-16CM Fighting Falcon and the Navy’s F/A-18E/F Super Hornet.

There are still “tremendous” technical challenges to be overcome, especially for the prospect of using a laser weapon against enemy supersonic missiles. But, AFRL has had the new LANCE system since February, and this is clearly a significant landmark achieved toward the ultimate goal of attaining an operational fighter-based laser weapon. As incredible as it seems, futuristic Star Wars-type laser weapons will soon be a reality. 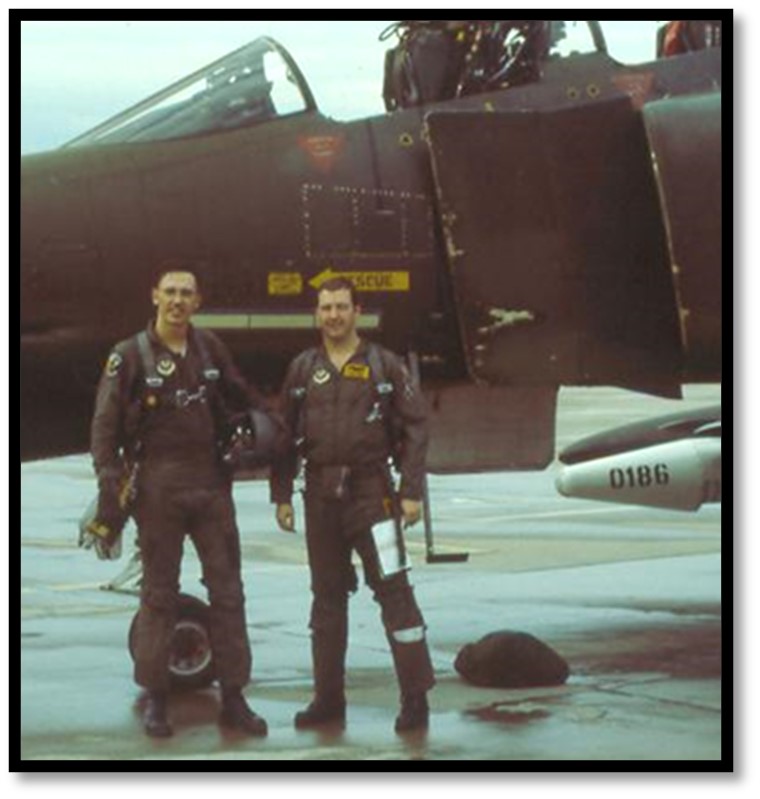 Warren Gray is a retired, U.S. Air Force intelligence officer with experience in fighter squadrons, joint special operations, and counterterrorism. He served in Europe and the Middle East, earned Air Force and Navy parachutist wings, four college degrees, and was a distinguished graduate of the Air Force Intelligence Operations Specialist Course, and the USAF Combat Targeting School. He is currently a published author, historian, and hunter. You may visit his web site at: warrengray54.vistaprintdigital.com.