“The 9mm Compact Lebedev Pistol is everything you’d expect the gun,

made by Kalashnikov Group, to be. It has a thought-through design

In 2015, distinguished pistol shooter and engineer Dmitry Lebedev introduced his new, semiautomatic, PL-14 (Pistol, Lebedev, 2014) handgun at the Army-2015 International Military-Technical Forum near Moscow, Russia. He had an improved and modernized version one year later, designated the PL-15, and produced by Kalashnikov Concern, the same weapons manufacturer who created the AK47 assault rifle. By 2017, there was also a prototype, compact version, the Lebedev PL-15K.

The PL-15 series was designed for military and police units as a possible replacement for the Makarov PM 9x18mm service pistol and the newer Yarygin PYa (MP-443 Grach) 9x19mm armed forces pistol. As such, it’s a fairly conventional, hammer-fired, 9x19mm weapon, with a 4.4-inch, cam-locking barrel – similar to that of the venerable, FN/Browning P-35 Hi-Power. It features a double-action-only (DAO) trigger, with a long and heavy pull of 8.8 pounds of pressure, for a margin of safety against accidental discharges. All external safeties, slide-release levers, and magazine-release buttons are fully ambidextrous, for right- or left-handed shooters.

This pistol further evolved into the striker-fired PL-15-01 and PL-15K-01 versions, with a smooth, single-action trigger for significantly reduced pull weight and trigger travel. The full-sized PL-15-01 became the MPL (Modular Pistol, Lebedev), and there is an MPL1 version, with extended and threaded, five-inch barrel and raised sights, for mounting a titanium suppressor. Both MPL variants have 16-round magazines, and there is an optional, 19-round magazine available. 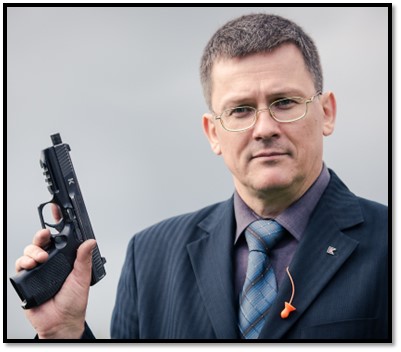 The shorter, PL-15K-01 version, with its 3.62-inch barrel, became known as the PLK (Pistol, Lebedev, Kompakt). Holding a 14-round magazine, it officially debuted at the Army-2020 weapons show in Moscow and was first displayed overseas at the International Defense Exhibition and Conference (IDEX)-2021 in the United Arab Emirates (UAE.) All Lebedev pistols have a guaranteed barrel life of 40,000 rounds, which isn’t quite as good as Glock’s 50,000-round guarantee (usually lasting for 100,000 rounds or more), but is better than the current (since 2003) and controversial, Yarygin PYa Russian military service pistol, which has a barrel life of only 10,000 rounds.

It’s noteworthy that these Lebedev pistols are built to withstand the high chamber pressure (41,000 psi) of the Russian, 9x19mm, 7N21 cartridge, which fires an 83-grain, steel-core, armor-piercing projectile at a blazing 1,518 feet per second from an MPL! Wow!! Furthermore, Lebedev pistols apparently possess an internal, selective-fire capability: “Repeat-Fire Capable. An automatic…function is built into the system, allowing for repeat firing to be achieved.” However, an external, selector switch is not standard equipment, and the pistol is intended mainly for semiautomatic fire. Presumably, the selector switch mechanism will only be offered to special military units, as required.

On May 25, 2021, Dmitry Tarasov, CEO of Kalashnikov Concern, reported that the new, Lebedev PLK pistol had been fully tested and evaluated by the Ministry of the Interior (MVD) and the Russian National Guard, or Rosgvardiya. The National Guard officially adopted the larger, MPL and MPL1 variants, while the MVD adopted the newest, compact, PLK pistol for their remaining, counter-narcotics and police units. 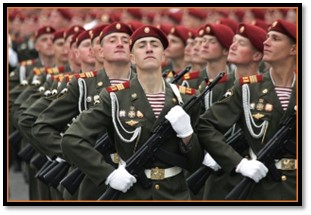 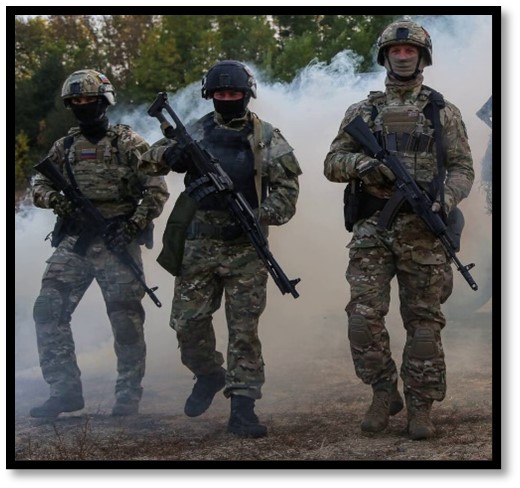 The defining characteristic of the Lebedev pistol series is excellent ergonomics. Not only are all controls fully ambidextrous, but the grip is curved to perfection, overhanging the web of the hand and fitting like a glove, there are no sharp corners on the frame (unlike the PYa and Makarov) to snag on anything. The barrel sits very close to the palm, much like the Walther OSP Olympic target pistol, creating a low bore axis, for improved accuracy, control, and recoil reduction, which is especially important with the snappy, 7N21 armor-piercing loads.

The new, compact, alloy-framed Lebedev PLK is fairly lightweight, comfortable to shoot, reasonably accurate to 100 meters, with an effective range of 175 feet. Thus, the weapon is far more reliable than the current, Yarygin PYa service handgun (touted as “the worst pistol” in Russia), with a suggested price of $700, although it may cost more than that on the international market since the manufacturer is currently under U.S. and European sanctions. Already adopted by the National Guard and Interior Ministry, it’s tempting to think that this could be the weapon that finally replaces the PYa and Makarov PM in Russian Army, Navy, and Air Force services.

However, the Russian Ministry of Defense has already expressed great interest in the brand-new, TochMash SR-2 Udav (“Boa”), which is now apparently slated, since January 2019, to become the next standard, military pistol, instead. The advanced, polymer-framed Udav holds 18 rounds of 9x21mm ammunition, equivalent in power to a hot-loaded, 9x19mm +P cartridge. 7N29 steel-core, armor-piercing loads (103 grains at 1,350 fps) are the preferred, military round.

The Udav can be fitted with raised, tactical, sights and a high-technology, spiral-pattern, carbon-fiber suppressor for special operations missions. In all likelihood, the new SR-2 will be adopted by the SpetsNaz and other Russian special forces in limited numbers. Actually replacing all Makarovs and Yarygins is probably too ambitious an action for the Russian firearms industry. 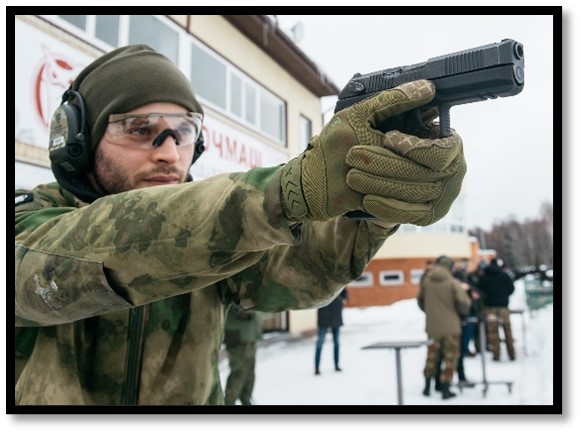 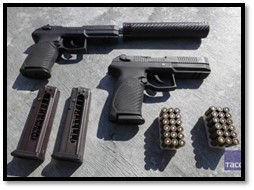 Warren Gray is a retired, U.S. Air Force intelligence officer with experience in joint special operations and counterterrorism, and is an NRA member. He served in Europe (including Eastern Europe) and the Middle East, earned Air Force and Navy parachutist wings, four college degrees, and was a distinguished graduate of the Air Force Intelligence Operations Specialist Course, and the USAF Combat Targeting School. He is currently a published author, historian, and hunter. You may visit his web site at: warrengray54.vistaprintdigital.com.