I remember back in the early 2000s when vertical foregrips were all the rage. The market was flooded with various styles of similar design. Then the angled foregrip was all the rage, along with the overly aggressive C- clamp grip. Over the past decade or two, not much in foregrip design has changed.

Personally, I tend to use a short foregrip, mostly as a reference point on my rifle. Due to severe tendonitis in my elbows and some arthritis in my shoulders, I find using a VFG or C-clamp grip uncomfortable while shooting controlled or hammer pairs. So, I use a more traditional rifle grip that served me well in combat. I like to shoot 7.62×51 NATO, and I am always looking for ways to improve recoil mitigation for faster follow up shots. While digging in a local shop’s bargain bin. I spied an interesting side-mounted grip, called the Ryker Grip. After doing some research on the company, I decided to take a chance and see if it was legit or a gimmick. And report my findings to Gunpowder Magazine readers.

The grip is made by Ryker USA, based in Cary NC. It was conceived by Ron Holmes, a retired USMC Master Sgt. who spent most of his career in the Force Recon, MARSOC community.  Ron suffered multiple shoulder injuries during his 20-year career that prevented him from shooting efficiently and comfortably. So, he devised a product that could help him to shoot without pain and discomfort. 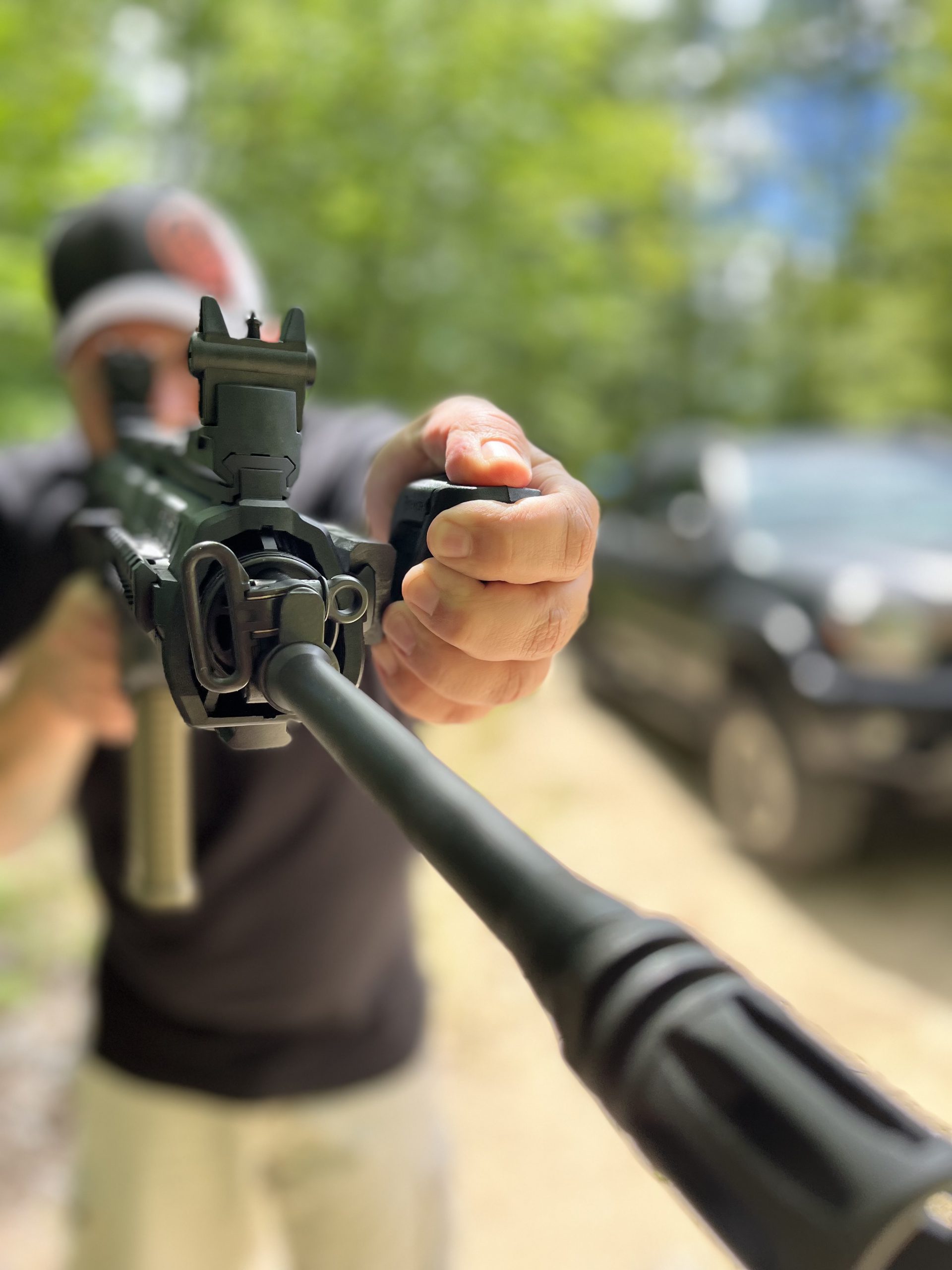 The grip is shaped like a fist and is mounted in an offset position. The grip weighs in at 3.25 ounces. Installation is simple in several systems: I saw a sample mounted on 1913 style rail; MLOK attachments are also available for end users that prefer that mounting system. I tried the grip on three different weapon systems an AR-15, SOCOM-16 CQB, and a Beretta ARX-100. I first noticed how good the grip felt in my hand. I mounted the sample so that my arm would have a slight bend. During testing, I didn’t experience any burning in my elbow or aches in my bad shoulder.

It took some time for me to get used to using this grip. At first it felt awkward from what most of us are used too. After shooting some drills, the feel became more natural. I liked how my rifle naturally pointed and I got on target quickly and accurately. For recoil mitigation this grip worked phenomenally. The SOCOM 16 has a very effective muzzle brake. There is still muzzle rise, especially while shooting rapid fire. But while shooting Mozambique drills with the Ryker grip, I was able to keep the muzzle down and better control the weapon. My groups were tighter, and I shot faster. Another benefit of the offset mounting is there are no worries of burning your hand on a hot rail system while shooting. I tend to run my weapons hard, and they get hot. It was nice to not have to worry about getting burned. Throughout a full day at the range, there was no heat transfer using the Ryker grip. 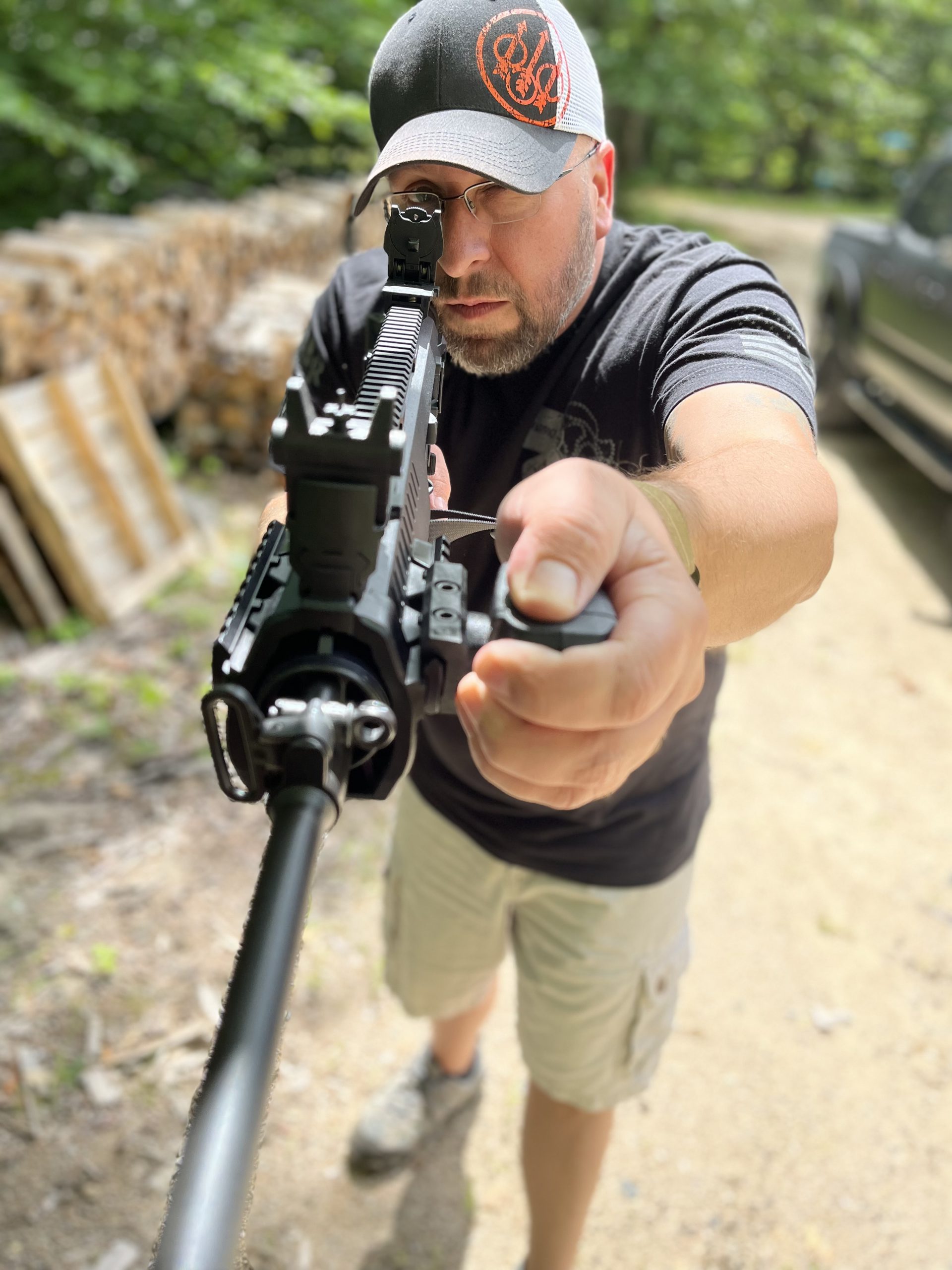 You might be wondering if the offset mounting is a snag hazard? I had the same concern; I live in a heavily forested area with a lot of brush and tanglefoot. I went on multiple hikes over rough terrain and suffered no issues with the Ryker grip snagging on equipment or nature. The experiences also included shooting from inside and around vehicles.

Now for the bad news, I like to run a minimalist setup. I prefer to use my thumb to activate lights that prevent a white light ND. With the Ryker there is no way to do this. Same if you prefer a tape switch. At the time of this writing, however, Ryker USA has addressed this problem with their DC light/switch mount, which is available on their site. Keep that in mind if you plan to embrace this product; the DC mount comes in either left- or right-hand configurations. If there is interest from readers, I will try to procure one for testing.

My other concern is weapon retention for LE users. With the way the Ryker grip is held, I am concerned that the weapon could be taken away from the shooter in a hand-to-hand situation. I have been unable to test this theory so far, but I plan to in the future. I have not seen this issue addressed by other writers or video channels. 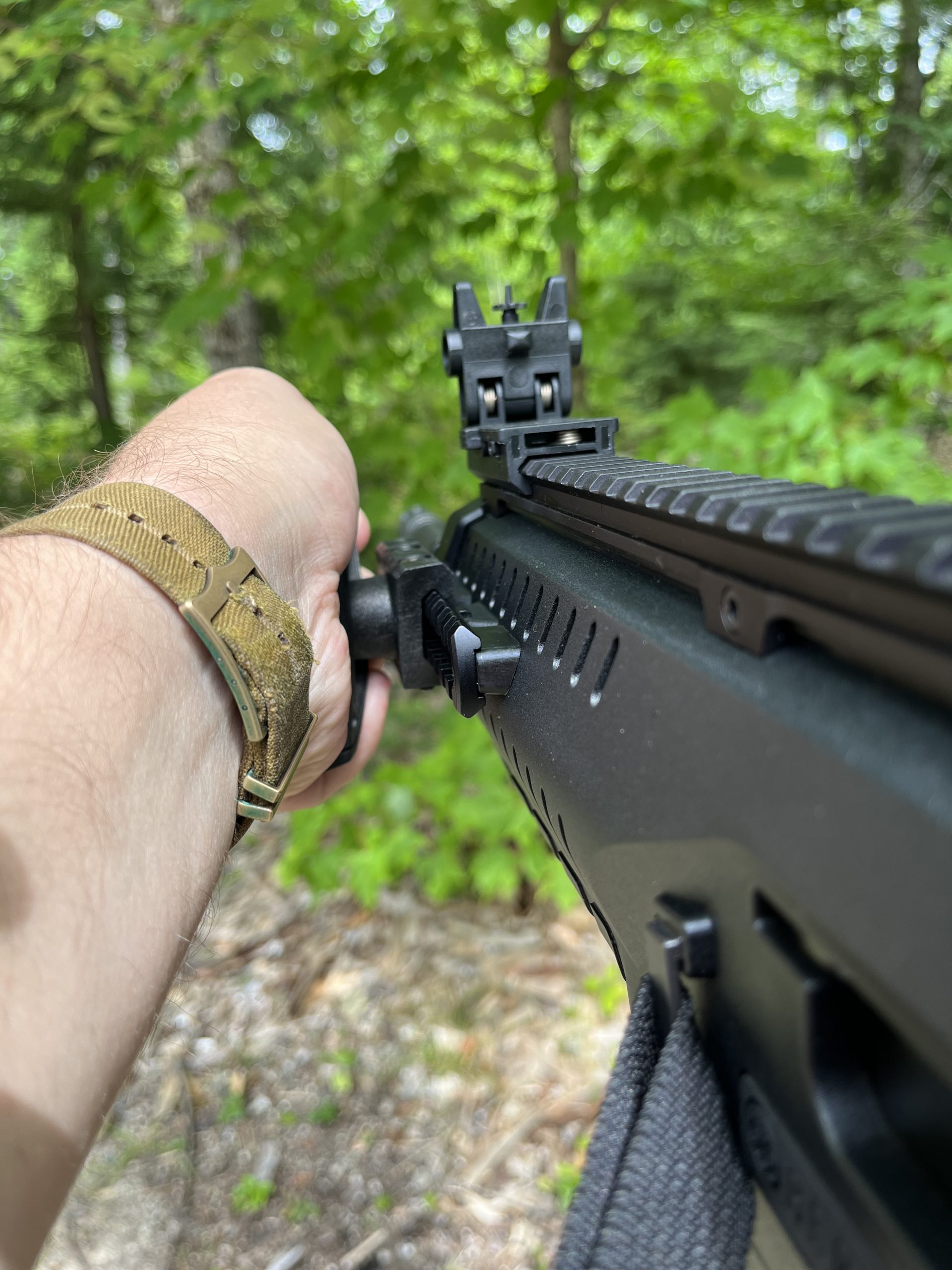 Overall, my experience with the Ryker grip was positive. It worked as advertised and it reduced muzzle climb. Not once did my shoulders or elbows bother me while using it. Would I recommend this product? I’m on the fence, I plan to train more with it before giving a recommendation for or against. Besides the weapon retention concern, the Ryker is not a cheap accessory. Many shooters will be put off by the MSRP. If you see another shooter using one, ask to try it out. Then you can decide if it will work for you.

Stand up for freedom, join a gun rights organization today!