“The TB2 is fast becoming a legend as it punches above

its weight in a war for national survival. Bayraktar isn’t

the fastest drone, the most heavily-armed, or even the

highest-flying. It is the hero drone that the world needs.”

The Bayraktar TB2 is a tactical, unmanned, reconnaissance-and-strike aircraft system manufactured by the Baykar aerospace defense company in Istanbul, Turkey, at a relatively-inexpensive cost of approximately $2 million (early models) to $5 million (later models) each. Although Turkey is a NATO nation, it remains controversial for its recent purchase of Russian S-400 (SA-21B Growler) long-range, surface-to-air  missiles, resulting in the abrupt cancellation of its order for U.S.-manufactured F-35A Lightning II stealth fighters, with none actually delivered on Turkish soil. Furthermore, Turkey allowed Russian aircraft to fly over its airspace well after the Russian invasion of Ukraine and has strongly objected to Finland’s and Sweden’s very recent applications to join the NATO alliance, placing Turkey as perhaps the least-favored of all NATO nations at present.

However, Turkish President Recep Tayyip Erdoğan has been sensitive to allied criticism of his country and has sought to atone somewhat for his government’s renegade actions by supplying additional TB2 drones to the Ukrainian Air Force and Navy after the Russian invasion began. The embattled nation already had 12 TB2s in its inventory, with a further 52 on order. On March 2, 2022, Ukrainian Defense Minister Oleksiy Reznikov announced that, “New Bayraktars have already arrived in Ukraine, and have been put into service,” following the arrival of a Turkish Air Force A400M Atlas four-engine, transport aircraft that was routed through Poland. It’s since been reported that Ukraine now has approximately 35 Bayraktar TB2s in its combined inventory.

The TB2 is a fairly conventional aircraft, 21 feet long, with a 39.5-foot wingspan, and powered by a 100-horsepower, Rotax-912-iS (Austrian-made) four-cylinder, piston engine, with a rearward-facing, two-blade (early version, or three-blade on later, Ukrainian Navy version), variable-pitch, pusher propeller. It typically cruises at 70 knots airspeed, with a maximum speed of 120 knots, and can remain airborne for up to 27 hours, with an overall range of 2,200 nautical miles, so it’s definitely a long-range aircraft, normally flying at an altitude of up to 18,000 feet.

The tiny MAM-C is a 14-pound, 70mm bomb, with a multi-purpose, high-explosive, armor-piercing warhead, and a range of five miles, while the larger MAM-L is a 48-pound, 160mm bomb, with an armor-piercing, blast-fragmentation, or thermobaric warhead, and a range of 9.3 miles. Early testing in December 2015 proved that these highly-accurate weapons could strike a target the size of a picnic blanket from five miles away. 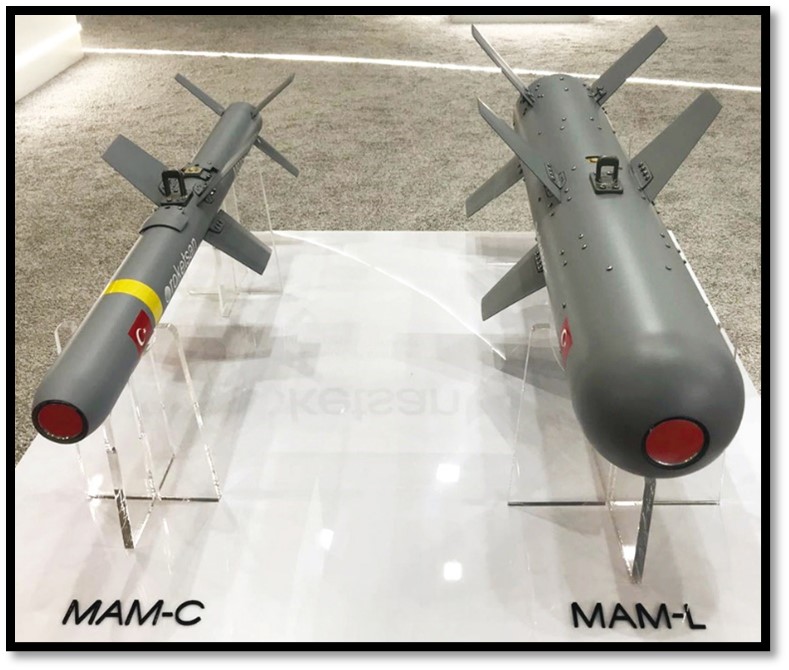 The TB2 (presumably, Type Bayraktar 2, or Turkish Bayraktar 2) drone itself has a sleek, shark-nose, frontal profile with twin tail booms, and an inverted-V, tail configuration. The fuselage is constructed primarily of carbon-fiber, giving it a low radar cross-section. It’s remotely controlled from a mobile, ground-control station (GCS) system, a green module transported on a flatbed truck, with a three-person crew: the mission commander, pilot, and sensor/payload operator. The aircraft employs a triple-redundant, digital, flight-control system, and can taxi, take off, cruise, land, and park on its own. “Push a button, and the aircraft lands,” explained the drone’s designer, Selçuk Bayraktar, a son-in-law of Turkish President Erdoğan, married to his youngest daughter, Sümeyye.

First flown in 2014, the TB2 has been operated extensively by the Turkish Land Forces (110 examples), and exported to Azerbaijan, Ethiopia (4), Kyrgyzstan (3), Libya, Morocco (19), Niger (6), Pakistan, Qatar (6), Turkmenistan, and Ukraine (35 so far.) It has also been ordered by Iraq (8) and Poland (24.) They have seen combat action with Turkish forces in northern Iraq (Kurdistan) and Syria from 2018 to 2021 against PKK terrorists and other militant groups, by Libyan forces against LNA rebels in Libya in 2019 and 2020, by Azerbaijan in Armenia in the 2020 Nagorno-Karabakh War, and by Ethiopia in the Tigray War of January 2022, accumulating more than 400,000 overall flight hours (half of those in combat), and destroying 829 ground targets (including 120 tanks, 53 armored fighting vehicles, and 298 other vehicles) on three continents in those various, regional conflicts.

Ukraine initially purchased 12 TB2 drones and three GCS units in March 2019, at a cost of $69 million, with the aircraft themselves costing only one to two million dollars each. They were first used by Ukrainian forces on April 9, 2021, conducting a reconnaissance flight during a Russian military buildup in Crimea and the Donbass region, and its initial, combat use came on October 2021, when an armed TB2 destroyed a Russian-separatist-operated, 122mm D-30 field howitzer that was bombarding Ukrainian troops near Hranitne.

Since the Russian invasion of Ukraine began of February 24, 2022, Ukraine’s Air Force and Navy TB2s have seen extensive action in battle nearly every day, and because they are relatively small, slow, and constructed largely of carbon-fiber, Russian radars appear to have experienced some difficulty in tracking them. However, they are not specifically designed to be stealth aircraft, and are surely not invincible, so at least eight TB2s have been shot down (seven visually confirmed by May 1st), including at least four over Russian territory in the Kursk and Belgorod regions, well behind enemy lines.

Since the very first day of the war, the Bayraktar TB2 has been a game-changer, successfully destroying a Russian command post, military vehicles (even a tank), SA-11 Gadfly (Buk-M2) surface-to-air missile systems, multiple-rocket launchers, an electronic warfare system, a gasoline convoy, and two fuel trains, in the first few days alone. Its popularity led to a new, Ukrainian song, “Bayraktar,” being written and sung about it, claiming that the drone “makes ghosts out of Russian bandits.” 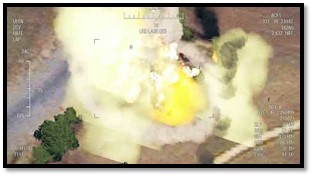 Oryx analysts wrote that, “The Bayraktar TB2’s role was not merely that of a hunter-killer, but ultimately, even that of a complete ruler over the battlefield. Capable of stalking the location of any ground target and tracking their every move, all the while flying in one of the most densely-covered areas of air defense, the TB2 could direct other assets to hit ground targets, all the while flying circles above them.” Although Russia attacked Ukrainian airfields, including Khmelnitskyi Air Base, the home of the 383rd Remote-Controlled Aircraft Regiment, in the first days of the war, the drones remained fully operational. They can be transported to any nearby road or highway, especially farther east, and it takes only 15 to 20 minutes to launch the TB2 on a combat sortie. 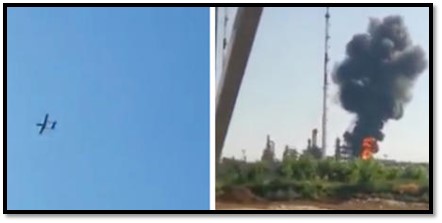 The New Yorker magazine on May 9, 2022, called the TB2, “The Turkish Drone That Changed the Nature of Warfare,” while its designer, Selçuk Bayraktar, simply stated that, “They’re doing what they’re supposed to do, taking out some of the most-advanced,  air defense systems and armored vehicles in the world.” But Kyle Mizokami, writing for  Popular Mechanics magazine, expressed it best on March 11, 2022: “The TB2 is fast becoming a legend as it punches above its weight in a war for national survival. Bayraktar isn’t the fastest drone, the most heavily-armed, or even the highest-flying. It is the hero drone that the world needs.”

Truck Survival Kit For The Outdoorsman