In 1979, the Iranian Revolution was in full swing. In February 1979, Mohammad Reza Pahlavi, the Shah of Iran, was overthrown.  Shortly thereafter, 52 hostages were taken hostage from the U.S. Embassy in Tehran.  A group of Iranian college students who were members of the Muslim Student Followers of the Imam’s Line took responsibility for storming the embassy and taking the hostages.  Negotiations dragged on for weeks.  Finally, during a Security Council meeting on April 11, 1979, President Jimmy Carter ordered a hostage rescue mission.

On April 24, 1980, Operation Eagle Claw was launched.  In a daring rescue plan, operators from the 1st Special Forces Operational Detachment-Delta led by Colonel Charles “Charging Charlie” Beckwith, the founder of Delta Force, flew into the interior of Iran aboard Lockheed EC-130 aircraft.  The assault team gathered in the Iranian desert at a staging area, Codenamed Desert One, with eight U.S. Navy RH-53 Sea Stallion Helicopters launched from the USS Nimitz.  From Desert One, the aircraft was to fly to the Amjadieh soccer stadium, located across from the U.S. Embassy where the hostages were being held, rescue, and fly to a remote Iranian airport to exfiltrate hostages out of Iran.  The result was disaster!

Upon arrival at Desert One, three of the Sea Stallions suffered from maintenance issues.  The plan required a minimum of six functioning Helicopters, so the mission was scrubbed.  During the refueling process, one of the Sea Stallions crashed into a parked EC-130.  The ensuing explosion and fire resulted in the deaths of eight service members, five Airmen from the EC-130 and three Marines from the Sea Stallion.  The Iranian government wasted no time in televising the crash site and accusing the U.S. of all sorts of war crimes.

The disaster at Desert One led President Carter to explore the formation of a full-time, special operations, aviation unit.  The U.S. Army decided to start with the 101st Airborne Aviation Battalion.  The pilots from this group turned into Task Force 158, which founded of the 160th Special Operations Aviation Regiment (Airborne) aka the “Night Stalkers.”

A few months after the aborted mission, President Jimmy Carter ordered a second rescue attempt.  The new mission was different in that it required a non-existent, short takeoff/landing (STOL) aircraft to land within the confines of the soccer stadium and take off with all the hostages aboard!  That’s right! Credible Sport was to land on the soccer field!

The plan called for two Credible Sport aircraft, one as a backup, that would takeoff from the United States.  The aircraft would require five air-to-air refueling’s and would fly low level as they entered Iranian airspace.  After landing on the soccer field (which is generally 100 meters long), Delta Force operators would rescue the Embassy personnel, loading up approximately one hundred fifty hostages, operators, and flight crew.  The aircraft would use its rocket assist to takeoff from the soccer stadium, fly to the Aircraft Carrier, and land on it!

The United States Air Force, along with the U.S. Navy and Engineers from Lockheed, began designing the non-existent, STOL, transport aircraft from a Lockheed C-130; thus, the Credible Sport was born.  The contract called for construction of three aircraft.  Two into full Credible Sport packages, and one into a rocket motor test bed.  To make the C-130 STOL capable, the aircraft would need increased thrust and the ability to stop quickly after landing.  Initially the thought was to add 58 JATO units to the aircraft front and rear, but that was squashed as the JATO units weighed too much and could not get the job done.  The decision was made to use 30 solid rocket motors.  But wait, there’s more!

The aircraft also needed other modifications.  Lockheed engineers had to design structural modifications to the airframe so it could handle the added stress of the rocket motors and could handle a tailhook, allowing Credible Sport to land on an Aircraft Carrier loaded with 150 passengers!  Other modifications included extended ailerons, double slotted flaps, terrain following/terrain avoidance radar, a re-designed radome, and defensive weapons countermeasures.

The testing of Credible Sport was conducted at Wagner Field on the Eglin Air Force Base reservation.  Eglin AFB is the largest air force base in the United States, and has had a role in multiple secret projects/operations such as Operation Ivory Coast, production of the GBU-43/B Massive Ordnance Air Blast (MOAB), and the Doolittle Raid!  The first test flight was in September 1980 just three weeks after the project was approved.  Test flights continued and were basically flawless.  The modifications allowed the aircraft to set records for takeoffs and landings.

On Oct 29,1980 tragedy struck again!  Depending on what you believe, either the flight engineer fired the deceleration rockets early, or the computers/electrical system malfunctioned and fired the rockets early.  Regardless, the aircraft was still too high above the runway when its forward speed came nearly to a halt.  The aircraft slammed onto the runway hard enough to snap the right wing off between engines 3 & 4!  The aircraft caught fire as rocket motors spewed flames and fuel began leaking from the ruptured wing tank.  Luckily there were no injuries as standby emergency crews were on-top-of-their-games and extinguished the fire within eight seconds of the aircraft coming to a halt!  The aircraft was stripped of anything salvageable, and the remains were buried on base. 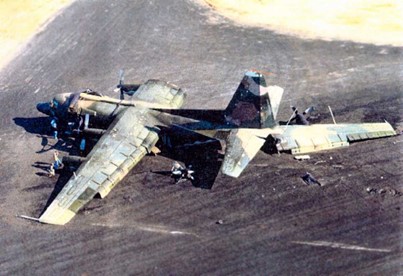 Operation Credible Sport was shut down on November 2, 1980.  The Iranian Parliament agreed to release the hostages in accordance with the settlement agreed to in the Algiers Accords.  Two days later Ronald Reagan was elected President of the United States and on January 20th, 1981, the hostages were released just a few minutes after Reagan’s inauguration speech.

WHERE ARE THE AIRCRAFT NOW?

A lot of time and money went into the Credible Sport program.  Although the program was shut down before it could show the world its capabilities, the technology didn’t go to waste.  Of the remaining aircraft, one was stripped of its STOL accoutrement and returned to airlift duty.  The other was sent to Robins AFB, GA in 1981 and was used for research & development of the Lockheed MC-130 Combat Talon II aircraft under the name Credible Sport II.  In 1988, that aircraft was sent to the Museum of Aviation located at Robins AFB. 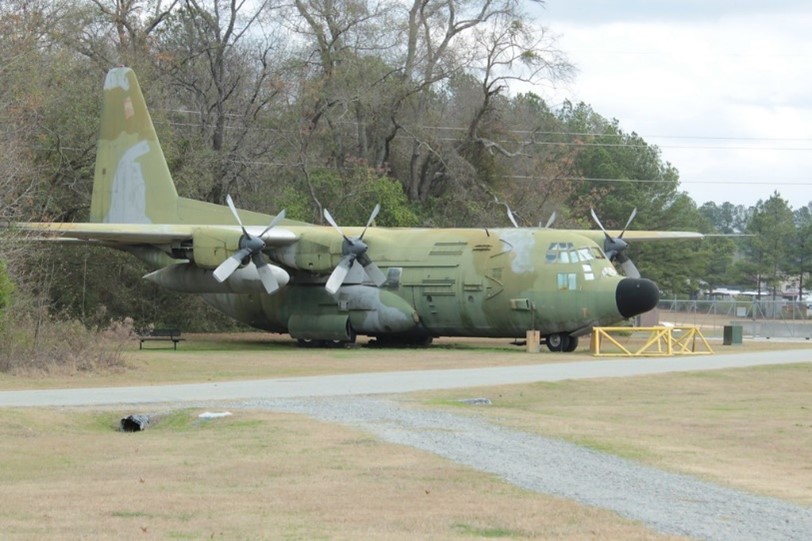 That’s all for now folks!   Please keep sending in your questions, tips, and article ideas.  And as always – “Let’s Be Careful Out There”

Friedrich Seiltgen is a retired Master Police Officer with 20 years of service with the Orlando Police Department.   He conducts training in Lone Wolf Terrorism, Firearms and Active Shooter Response.  His writing has appeared in RECOIL, The Counter Terrorist Magazine, American Thinker, Homeland Security Today, and The Journal of Counterterrorism & Homeland Security International.  Contact him at polizei22@msn.com

The Rolex of Handguns