The Czech Republic (or Czechia) is a landlocked, NATO-member nation (since 1999), bordered by Germany, Austria, Poland, and Slovakia. It was formerly known as the Kingdom of Bohemia, and the western half of the country is still referred to as Bohemia. Their premier, military unit is the elite, 601st Special Forces Group (abbreviated as the 601st SkSS), based in Prostějov, about 26 miles northeast of Brno, and tasked with direct/offensive action, special/strategic reconnaissance, unconventional warfare, counterterrorism, battlefield reconnaissance, and combat rescue.

The 601st SkSS is assigned to the Special Forces Directorate (created in 2015) within the General Staff, and its members have participated in numerous military operations in Saudi Arabia (1990), the former Yugoslavia (1992-2006), Albania (1999), Afghanistan (2002 to 2004), Iraq (1991, and 2003 to 2012), and Kuwait (2002 to 2003). The unit carries on the traditions of the exiled, intelligence service of the Czechoslovak resistance in World War Two, under the stellar leadership of Brigadier General František Moravec, so it now carries the honorary title of “General Moravec.”

Selection criteria for the unit are quite stringent, beginning with various physical fitness tests and psychological-profile tests. During a highly stressful selection week, candidates are checked for physical strength, mental resilience, moral qualities, and collective spirit under extreme conditions, testing each person’s ability to deal with crisis situations under enormous physical strain. Those few selected for 601st SkSS training will endure a 12-month, qualification course for commando operations in all climactic and weather conditions. 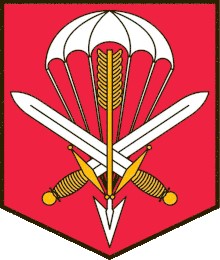 Czech Special Forces soldiers may also specialize in various areas, such as diving, engineering, demolitions, forward air controll, or sniper. Because the Czech Republic is a relatively small, NATO nation, specific emphasis is placed upon working on teams in an international environment. Their combat uniforms included the standard, vz. 95 leaf pattern of woodland camouflage, a vz. 95 desert-pattern uniform, and specifically for the 601st SkSS, the newer, MultiCam pattern used by most U.S. Special Forces. A maroon, paratrooper’s beret is worn with all uniform combinations. 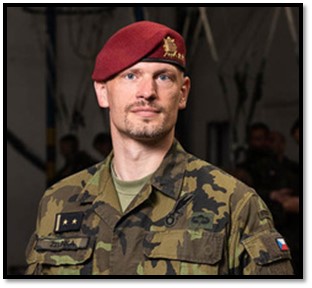 These specialized aircraft have been updated and modernized to NATO standards, including advanced avionics, night-vision goggles, infrared cameras, laser rangefinder, six external weapons racks (currently not used to carry weapons, although extra fuel tanks are an option),  rescue hoist on right side, and door-mounting racks for PKM or M-134D-H 7.62mm machine guns. 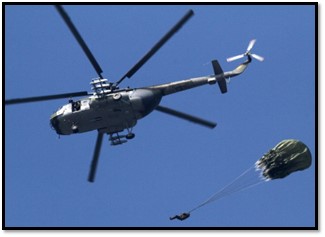 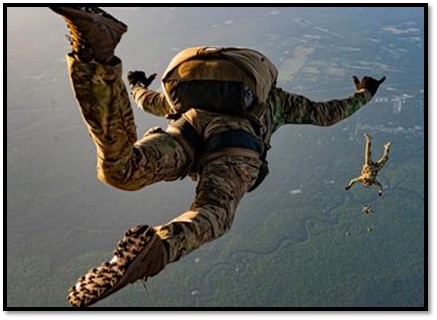 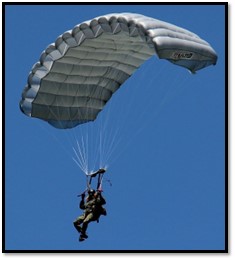 The 601st SkSS utilizes a wide variety of weapons and equipment, some dating well back into the former-Soviet era, but others are quite modern, even unique in certain cases. Let’s examine their primary, military gear: 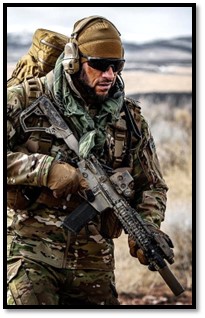 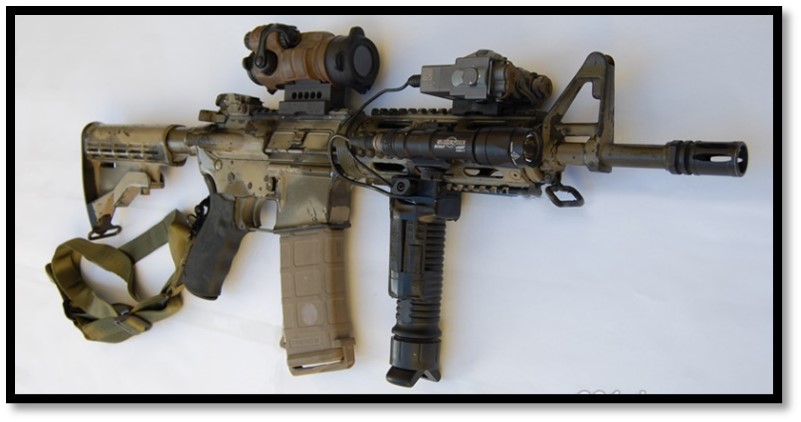 Submachine guns: The primary submachine gun in use is the ever-popular, very quiet, H&K (German) MP5SD6 in 9x19mm with integral suppressor, and the tiny, MP5K personal-defense weapon (PDW). Other submachine guns have included the now obsolete vz. 61 Škorpion in .32 ACP. The Czech Republic donated 2,085 retired Škorpions (and 5,000 old, vz. 58 assault rifles) to the besieged, Ukrainian Army in 2022. 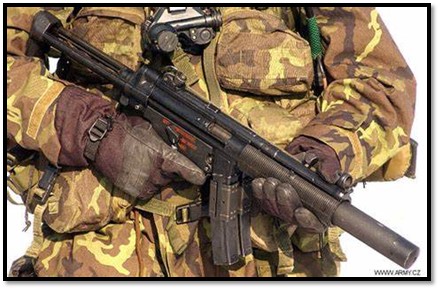 Sniper rifles: These long-range weapons include the well-known, Accuracy International (British) AW in 7.62mm NATO, the Russian SVD Dragunov in 7.62x54mmR, the mighty Barrett M82A1 in .50 BMG, the CheyTac M200 Intervention in .408 CheyTac, and most unusually, the unique and distinctive Desert Tech HTI (Hard-Target Interdiction), an American-made, bolt-action, bullpup-configuration weapon currently in limited, military service only with  Lithuania, Saudi Arabia, Ukraine, and the Czech Republic.

For the Czech Special Forces, on a $3-million contract in March 2017, 30 compact, HTI sniper rifles were acquired, in .50 BMG caliber, but with 30 conversion kits for firing .375 CheyTac rounds, as well. The .375 CT cartridge has extreme accuracy and ultra-long-range loading. It is superior to the .50 BMG round in terms of speed, range, and high-precision accuracy. The contract included scopes, extra barrels, and various accessories, such as bipods, mounts, and cases.

Combat knives: A number of special, Valkyra daggers bearing the unit motto were specifically ordered for the 601st SkSS, as shown below. Unit members who were formerly assigned to paratrooper groups may possess the issued, Cháron paratrooper knife.

Tactical vehicles: The 601st SkSS drives Land Rover Defender 130 Kajman vehicles (shown below) and since 2018, the Perun (named for the ancient, Slavic god of the sky, lightning, thunder, and war) 4×4 armored Special Operations Vehicle (SOV, costing $1.1 million each). The Perun is powered by a six-cylinder, turbodiesel engine, and can mount a heavy machine gun or grenade launcher. Small, black, Gladiator X8 all-terrain vehicles (ATVs, sometimes mounting a machine gun) have also been used on various operations. 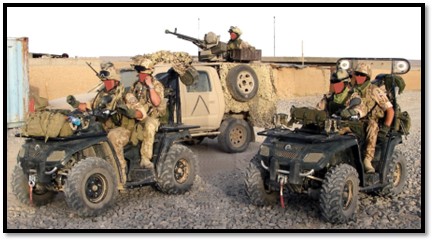 In summary, the elite, 601st Special Forces Group of the Czech Army is a small but very modern, special operations force, highly respected within the NATO alliance, and actively participating in international peacekeeping and wartime activities. They certainly rank among Central Europe’s finest military commandos.

Warren Gray is a retired, U.S. Air Force intelligence officer with experience in joint special operations and counterterrorism. He served in Europe and the Middle East, earned Air Force and Navy parachutist wings, four college degrees, and was a distinguished graduate of the Air Force Intelligence Operations Specialist Course, and the USAF Combat Targeting School. He is currently a published author and historian. You may visit his website at: warrengray54.vistaprintdigital.com.