was a revolutionary (system), proving to be an extremely effective

weapon against enemy attack aircraft and helicopters under every

weather and light condition…The appearance of the Shilka caused

significant changes in NATO tactics in aircraft use at low altitude

over the battlefield…The ZSU-23-4 outclassed all NATO antiaircraft

guns at the time, and it is still regarded as posing a major threat

for low-flying, fixed-wing aircraft and helicopters.”

The Ulyanovsk ZSU-23-4 (meaning “Antiaircraft, Self-propelled system, 23mm, 4 guns”) Shilka (named for the Shilka River in eastern Siberia) is a lightly-armored, mobile, antiaircraft gun system. It has been in active, military service since 1965, was produced until 1982, and was significantly upgraded over time. It was deployed in batteries of four vehicles each, intended for air defense of military facilities, troops, and mechanized columns on the move. The 19-ton Shilka (21 tons in later, modified versions) is powerfully armed, with four 2A7M (since 1973) automatic, water-cooled, 23x152Bmm cannons in a quad mount called the AZP-23 Amur (another river mane). The Shilka is loaded with 2,000 rounds of ammuntion, with a combined firing rate of 3,400 to 4,000 rounds per minute (57 to 67 rounds per second), although they are normally fired in very short bursts of no more than 10 total projectiles, in order to conserve ammuntion and cool the barrels.

These cannons are typically loaded with a four-to-one ratio of OFZT high-explosive tracer (with five seconds of burn time) and BZT armor-piercing, incendiary tracer rounds. The barrels can be raised up to 85 degrees, or lowered four degrees below the horizontal, as necessary. The maximum firing range is 4.3 miles horizontally, or 3.2 miles vertically, against aircraft, but the accurate, effective ranges are 1.6 miles (against either aerial or ground targets), and .93 mile, respectively.

The ZSU-23-4 originally mounted an RPK-2 Tobol (yet another river name, in western Siberia) radar, also called the 1RL33 (NATO code name “Gun Dish”), capable of detecting aircraft up to 12 miles away. It experienced some tracking problems against high-speed aircraft closer than four miles, or against aircraft flying lower than 200 feet altitude, making it less effective against jet fighters or more dangerous for helicopter crews. The Shilka employs an electro-mechanical, fire-solution calculator, using data from the radar, but it lacks an automatic laser rangefinder for precise target ranging. The turret is fully stabilized, however, and the vehicle can engage targets and shoot on the move.

The “ZSU” acronym has also led to NATO troops calling it the “Zeus.” Zeus was the ancient, mythological, Greek god of the sky and thunder, throwing fearsome and deadly thunderbolts at his enemies, so the description is certainly fitting.

In 1984, and again in 1985, this author had the rare opportunity to inspect and climb inside a discreetly acquired, fully intact ZSU-23-4M Shilka in a European location. I rotated the turret and raised and lowered the four guns. Even with all electrical power turned off, the system was exceptionally well-balanced, and easily adjustable for azimuth and elevation of the guns through small, hand-cranked, metal wheels as a backup mechanism. It was a remarkably crude-but-effective weapon system, almost impossible to completely degrade, decoy, jam, or defeat in combat. The only choices were to either avoid it or destroy it, neither of which was a simple task. 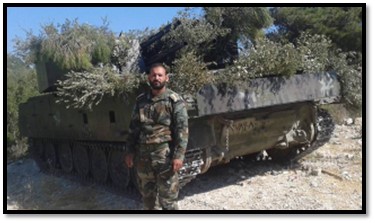 The Ukrainian armed forces inherited approximately 300 serviceable ZSU-23-4M3 Shilkas after the collapse of the Soviet Union in 1991. They placed many of the Shilkas into storage, while attempting to upgrade the remainder of them to modern standards. They modeled Russians who modernized their own vehicles to the ZSU-23-4M4 and M5 standards in 1999, adding an improved radar, smoke-grenade launchers, and four SA-18 Grouse heat-seeking (normally shoulder-fired) missiles (effective range 3.7 miles). Ukraine initially responded by creating the ZSU-23-4M4 Donets (a Ukrainian river) version, armed with four canisterized, SA-13 Gopher heat-seeking missiles (effective range 3.1 miles), installed on a T-80UD main battle tank chassis for improved armor protection, and double the ammunition capacity for its 23mm cannon, but the concept was ultimately unsuccessful, and never advanced beyond the prototype stages. 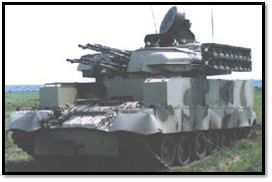 Next, the Polish armed forces modernized their Shilkas to the new, ZSU-23-4MP Biała (a Polish river) standard by 2005, removing the radar (and radar operator) entirely, and replacing it with a new, digital, optical targeting system and four Grom surface-to-air missiles. Improved ammunition extended the range of the cannon by about a half-mile, and night-vison devices were provided for the commander and driver. Ukraine seriously considered upgrading its own ZSU-23-4s to the Biała standard in 2017, but that program was also unsuccessful, although Poland will continue to upgrade 70 of its own original 150 vehicles to the full Biała configuration. 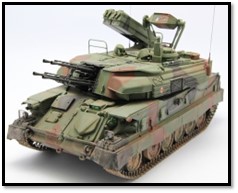 Meanwhile, in 2017, the Arsenal Special Device Production State Enterprise company from Kyiv, Ukraine, displayed their latest prototype of an upgraded, ZSU-23-4M-A1 Shilka (or Rokach-MA1) system for the Ukrainian armed forces. It was equipped with a brand-new, advanced, fully-digitized, Rokach-APAR (Active, Phased-Array Radar) multifunction radar, an electro-optical targeting system as well, with thermal imaging and a laser rangefinder, and a new navigation system.

Additionally, quad SA-18 Grouse heat-seeking missiles could be installed, but only as a Stage-2 option, not as standard equipment, able to be transitioned from road-march position to firing position in just 20 seconds.

In 2020, the Ministry of Defense of Ukraine ordered two batches of these modernized weapon systems, without specifying how many are in a “batch.” Three? Six? 10? The numbers remain unclear, but the first batches were reported as delivered in 2021, with full production scheduled to begin in 2022. 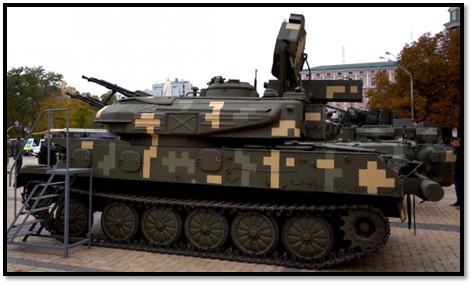 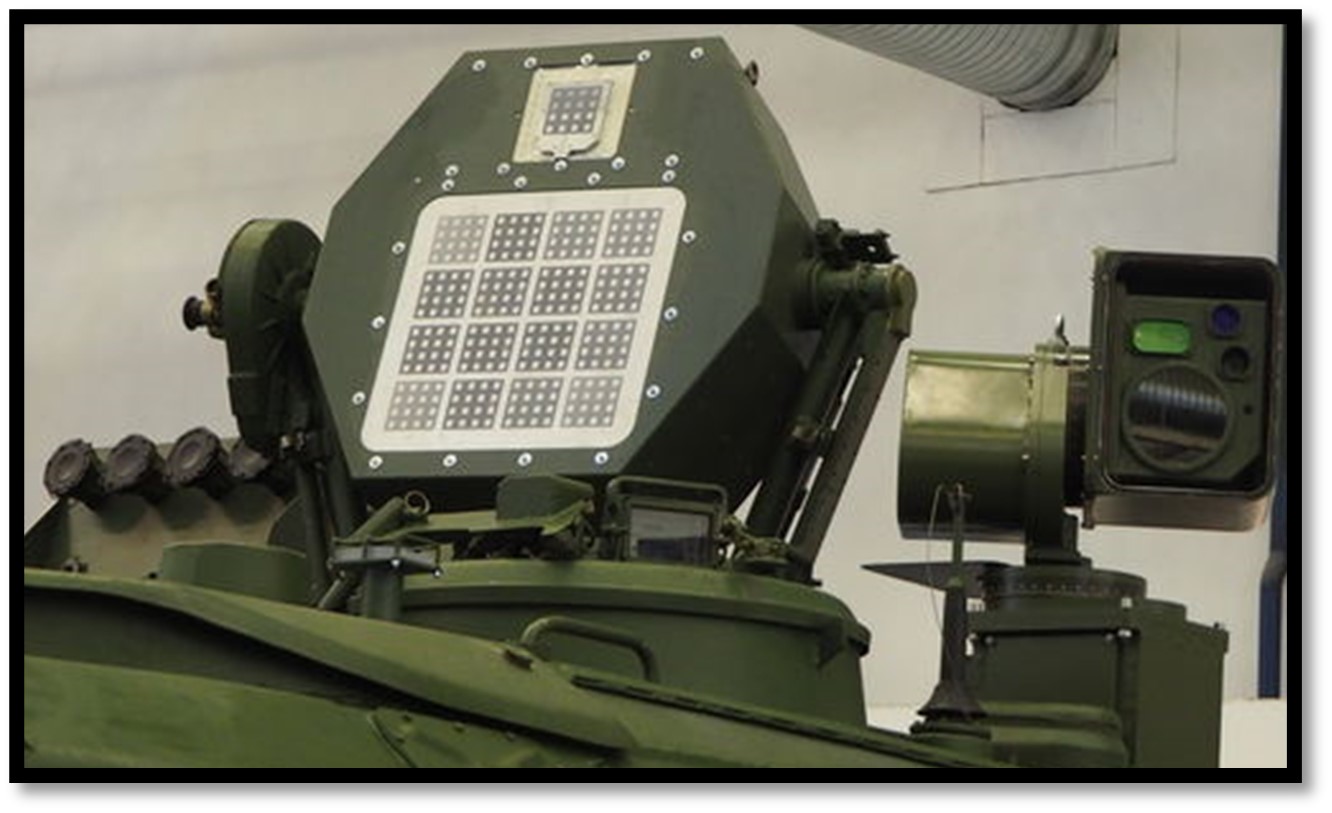 Most of the problems and weaknesses associated with the early, ZSU-23-4 Shilka series were the result of RPK-2 Gun Dish radar limitations. The Polish solution was to bypass the radar altogether with their Biała conversion, relying instead upon passive, electro-optical and infrared detection systems, which effectively makes the Biała undetectable to enemy aircraft through electronic emissions. However, it also significantly decreases detection range and reaction time, which is another weakness in itself.

The Ukrainian Rokach-APAR solution directly addresses the original problem: the radar itself. The radar is replaced with a highly advanced model that can simultaneously detect and track as many as 16 aerial targets at a range of up to 22 miles, small drones or cruise missiles at 12.5 miles, even tiny objects at 6.5 miles, and miniature, baseball-sized objects at 4.3 miles. The scanning limits are greatly improved in terms of azimuth and elevation; and, the backup, electro-optical system can easily detect target aircraft at 7.5 miles, and accurately track them at 6.5 miles.

Ukrainian ZSU-23-4 crews wear standard, 2013-pattern, pixelated, woodland-camouflage uniforms; padded, leather, tanker helmets, or black berets in garrison; and their preferred, self-defense weapon, in case their vehicles are disabled in action. The weapon is usually the small, compact, folding-stock Kalashnikov AKS-74U carbine in 5.45x39mm, or the longer AKS-74 as a readily-available alternative. 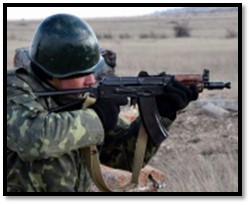 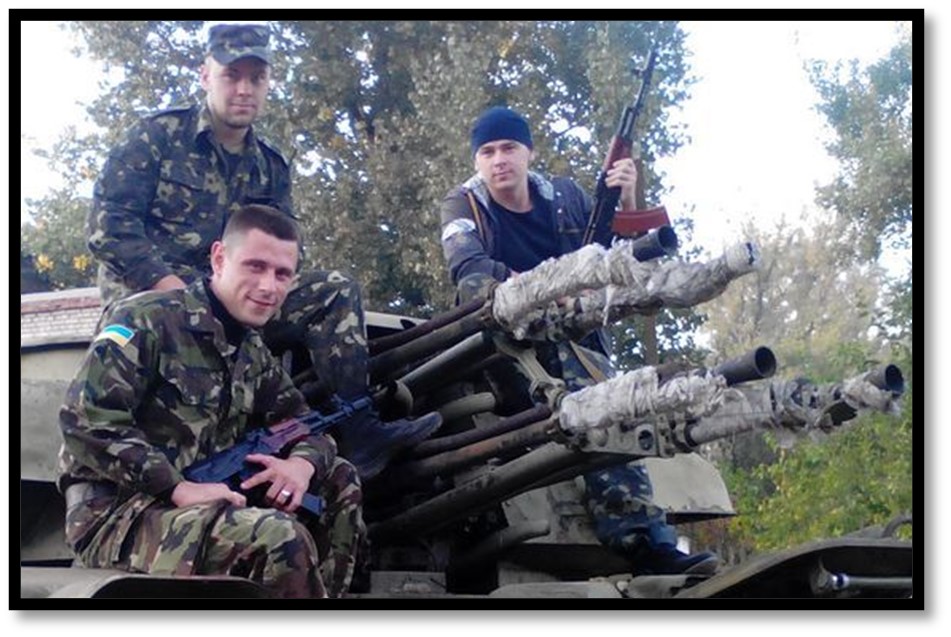 Since the February 24, 2022, Russian invasion of Ukraine, and the dire need for military weapons of any kind to equip the Ukrainian Army, it’s a virtual certainty that all 300 of the nation’s ZSU-23-4M3 Shilkas, including any ZSU-23-4M4 Donets prototypes (maybe three or four), and the brand-new, limited-production batches (probably no more than 12 to 20 by now) of ZSU-23-4M-A1 Rokach-MA1 systems, have been restored to active duty, and have probably seen extensive, combat action already.

Ukraine has 70 more-advanced, 2S6 Tunguska (a Siberian river that was the site of a massive, unexplained, mid-air explosion similar to a nuclear detonation, in 1908) mobile, air defense systems, each mounting quad-barrel, 2A38M 30mm cannons and eight command-guided, SA-19 Grison surface-to-air missiles. The missiles have a lethal range beyond six miles, but are deployed in just 16 firing batteries, which cannot effectively defend the entire airspace of Ukraine. So, recalling the venerable, combat-proven, ZSU-23-4M Shilka series to active duty is the only viable solution, and upgrading it as much as possible, assuming that the arsenal factory in Kyiv has not been destroyed or damaged beyond repair by Russian missiles or artillery.

The Russian armed forces have thus far (as of July 20, 2022) lost at least 221 fixed-wing aircraft (plus up to 188 helicopters and 703 drones), depending upon the sources of information, and as many as 1,700 Russian tanks, and 3,905 armored fighting vehicles, plus 2,775 other vehicles since their invasion of Ukraine began. Video clips have clearly shown ZSU-23-4s firing at Russian aircraft, drones, and troop positions. It’s also an absolutely devastating weapon for attacking ground targets, even capable of disabling enemy tanks by blasting apart their electro-optical sighting systems, view ports, radio antennas, and drive sprockets.

At least some of those substantial, even staggering, Russian aircraft and ground equipment losses are surely attributed to the roaring guns or missiles of Ukraine’s mighty, fire-breathing Shilkas, a remarkable, air defense weapon system that continues to soldier on nearly 60 years after its inception, currently exacting ruthless vengeance upon its belligerent, Russian creators.