Do I Really Have To Reload To Get Good Groups?

I know this article will set off a firestorm, but I think its time has come. First, let me give you my background so you’ll know where I’m coming from. As much as I’ve reloaded, you might as well say that I never have reloaded. You’d think since I’m an outdoor writer, and as much as I hunt and shoot, that I’d be a reloader extraordinaire. But sadly, I’m not.

Here’s why I never picked it up. I have precious little free time. When I got out of school, I got a job where I normally worked 10 ½ to 11 hours per day and averaged 2-3 Saturdays per month. That one or two Saturdays a month that I had off, I wanted to be out hunting or fishing.

I think 50 years ago if you wanted Sub-MOA groups, you had to reload. But back then I didn’t have any rifles capable of shooting a good group no matter what ammo I used in them.

Now let’s fast forward 50 years. Well, actually about 25 years. Twenty-five years ago I started getting some rifles capable of shooting tight groups. But I still didn’t get phenomenal groups because I didn’t know how important it was to get the right ammo for shooting with my rifles. 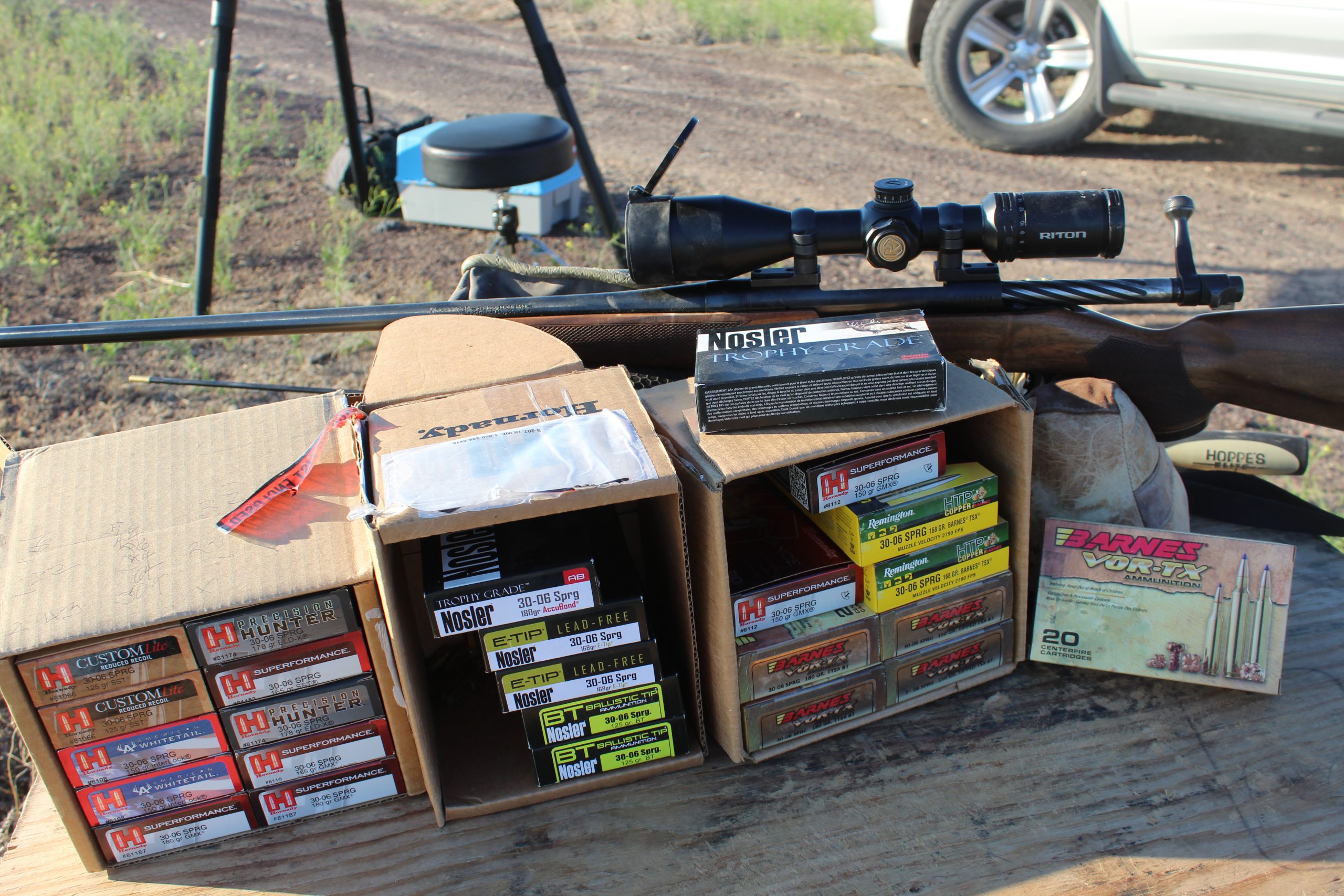 Sometimes you have to check out a lot of ammo to see what groups best in your particular rifle.

As I began testing more rifles, I started testing more ammo too. I was pleasantly surprised at how good my groups were getting once I started shooting the right ammo to fit each rifle. In the meantime, I noticed that the difference between my buddies’ groups (that reloaded) and my groups (shooting factory ammo) got closer and closer as the years went by. So, now it is less appealing than ever for me to reload.

(I’m somewhat pulling these numbers out of my tail.) Even though my buddies may get all bullets almost touching in certain circumstances which is what — about 3/8-inch center-to-center? I have a Savage out-of-the-box that can get less than ¾-inch, as well as a DPMS Bull 20 that also gets good groups.

So, here’s my theory, which I think is pretty correct (but feel free to write in and share your thoughts): I think two big things have really, really changed over the past 50-60 years.

Let’s talk about thought #1 for a second. My Savage bull barrel 25-06 out-of-the-box was a shooter. Savages are not pretty guns, but they are usually good shooters or so I hear from everyone else. To date, it is still my most accurate rifle. I’ve killed antelope, deer, and elk with it.

Of course, a good custom rifle is the ticket, but there are now more decent factory rifles than ever before (although one or two have slipped in recent years).

Now let’s talk about thought #2. I don’t know enough about factory ammo from 50-60 years ago to give you any intelligent history, but I do know that nowadays there are a couple of companies that make accurate ammo. 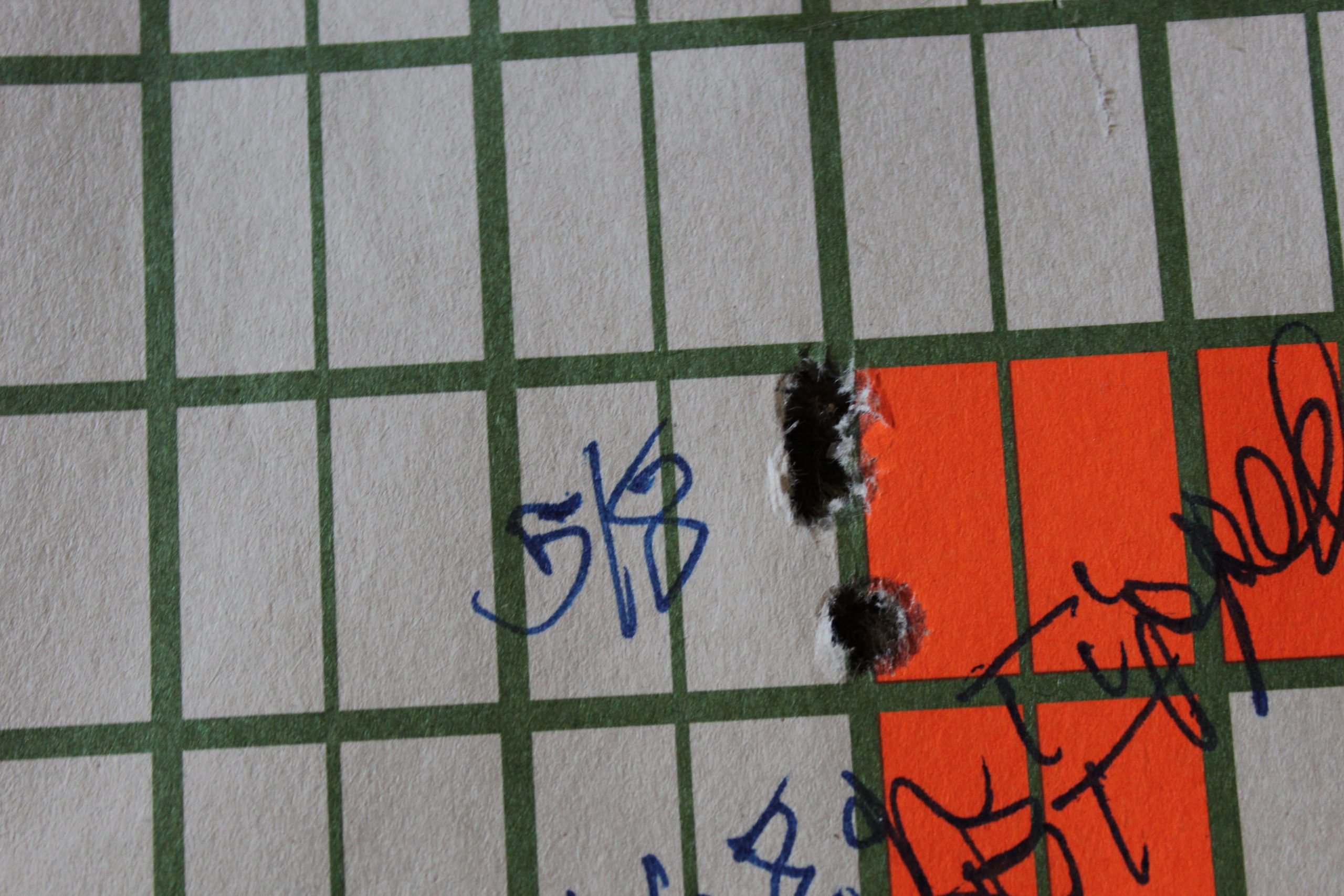 Finally, after much testing I was able to get some good groups out of my Mossberg Patriot.

Here’s an example. I was testing a Mossberg Patriot years ago and was getting up to 2 1/4-inch groups. I decided to see if I could get better than that. I can’t remember now, but I think I tested around 19 flavors/variations of ammo. I then got one 7/8-inch group. What if I hadn’t diligently tried different factory rounds? I’d have written off the Patriot as a horrible rifle. The best ammo, in this case, happened to be Hornady.

On a side note, buying the correct factory ammo doesn’t just pertain to your centerfire rifles. If you don’t believe me, buy 5-8 different flavors of .22 ammo. I shoot .22’s a whole lot in the spring, shooting ground squirrels. Some afternoons I’ve shot 400-500 rounds. At first I just thought that the lowly .22 was inherently inaccurate. Two things totally changed that view:

I do a lot with airguns. I was on Pro-staff with Crosman for 3 ½ years. I used to test all of the CO2 airguns for Sig Sauer and am now on Pro-staff with Umarex. I’m telling you, if choosing the proper ammo is important in our regular firearms, it is twice as important in airguns. All pellets are definitely not created equal. JSB pellets are hands-down the best pellets that I have found.

So to sum up the ammo angle, if you’re not getting acceptable groups, check out different manufacturers and gr. of bullets. Don’t be afraid to call the gun manufacturer and ask them what ammo shoots best in their rifle. And I guess you know that a different twist in the rifling, shoots a different weight bullet better/worse.

One last thing I want to briefly touch on, that can widen your groups, is a dirty barrel. This is especially true if you’re switching between non -gilded metal bullets and gilded metal bullets. So, if you can’t get a good group, try cleaning your barrel with some good solvent.

As we come to a close, here’s the long and short of my thoughts. If you love reloading and dialing in a rifle, by all means continue to do so. But I just don’t see that much difference between the groups you get today with a top-of-the-line factory ammo versus a handload like were used 50-60 years ago. The gap has narrowed between factory ammo and reloading.

Tom has been an Outdoor Writer for over 20 years and has columns with numerous magazines, has weekly outdoor columns with multiple newspapers, websites and freelances for many other publications and has e-articles & books on Amazon Kindle. He publishes 325-375 articles/yr. He’s on Pro-Staff with numerous Outdoor companies and conducts 40-60 seminars/yr. from Texas up to Vegas and on up to Alaska at the big shows and has taught hundreds of seminars at Cabela’s, Sportsman’s Warehouse and Bass Pro Shop and is a guest speaker at various events.

Why Have A Rifle Cleaning/Gun Maintenance Station?